I want to share and celebrate one of the times when love really did conquer all.

Richard and Mildred Loving were highschool sweethearts. When they grew up and wanted to get married, they hit a seemingly insurmountable obstacle–interracial marriages were illegal in Virginia, where they lived. They went to a northern state to get married, and then returned home. Five weeks later, they were both arrested–after spending a few days in jail, they were exiled from the town they lived in. They took their case all the way to the Supreme court.

The case was brought by Mildred Loving, a black woman, and Richard Loving, a white man, who had been sentenced to a year in prison in Virginia for marrying each other. Their marriage violated the state’s anti-miscegenation statute, the Racial Integrity Act of 1924, which prohibited marriage between people classified as “white” and people classified as “colored”. The Supreme Court’s unanimous decision determined that this prohibition was unconstitutional, overruling Pace v. Alabama (1883) and ending all race-based legal restrictions on marriage in the United States.

The decision was followed by an increase in interracial marriages in the U.S., and is remembered annually on Loving Day, June 12. It has been the subject of three movies and several songs.

Speaking of songs, here is one I feel fits the mood of this post:

Continuing with this series of posts studying the book of Proverbs, let’s move on to chapter two. In this chapter, King Solomon continues to extol the virtues of wisdom, and specifically, to keep a man from committing adultery.

I apologize that I wasn’t able to find a version of this song without commercials, I could have used one with just the lyrics, but I felt it was important to see the video that goes with this song:

END_OF_DOCUMENT_TOKEN_TO_BE_REPLACED

Submitting To One Another in Love

What does this mean? It doesn’t mean doing everything the other person tells us, without question, like some kind of automaton. It means putting the other persons needs ahead of your own, it means being a servant. The bible tells us how to do this. In marriage, it means that the husband is to love his wife the way Christ loves the church.

Christ loved the church enough to die to set His people free from their sins. A husband should love his wife enough that he would die for her, if necessary. The wife should love her husband just as much. Ideally, a marriage is two yoked together as one. When farmers used to use oxen to plow their fields, back before modern machinery was invented, how do you think the oxen were yoked together? One behind the other? No, it would be pretty difficult to pull a plow that way. They were side by side. One was the lead ox, the one who determined the direction that the team was to go. But what if the other ox, for some reason, decides it doesn’t want to go that way, and just stops. Not matter how much the other ox pulls, because one is standing still, the team is not going to move forward.

The lead ox is usually the stronger one, physically, and therefore sets the course, also, it is harder to start, when you are pulling a load, than it is to keep moving once you start, so the stronger ox takes the lead. But what if the lead ox refuses to lead? What if it suddenly falls to the ox who is used to following

, to suddenly be forced to take the lead, and to do what it is not designed to do. It may work, but it is going to be clumsy, because neither ox is doing what they are designed to do, and  soon or later, one of them is going to stumble, and because they are yoked, when one goes down, the other is going down too.

Marriages work the same way. When two people become one in the bond of marriage, they each have a role that they are designed to fulfill. The husband is the head of the household, and takes the heavier burden of setting the course according to the will of the Master. The wife’s role is to shoulder her part of the burden, and follow

the course set by her husband, and ultimately, the Master. If the husband is fulfilling his role properly, he will do the will of the Master, and follow the course that the Master sets. So by following his lead, the wife is following the lead of the Master as well. If she tries to lead, it throws everything out of balance, and sooner or later, the team is going down. If she does not follow, than the team is going nowhere, and neither can follow the will of the Master. This requires a day by day, and moment by moment, submission to the Master, by both the husband and the wife, in order to make this work. No marriage is perfect, because no believer is perfect, but we are being perfected. 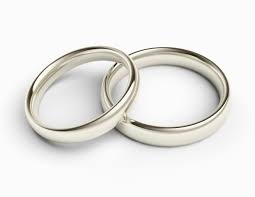